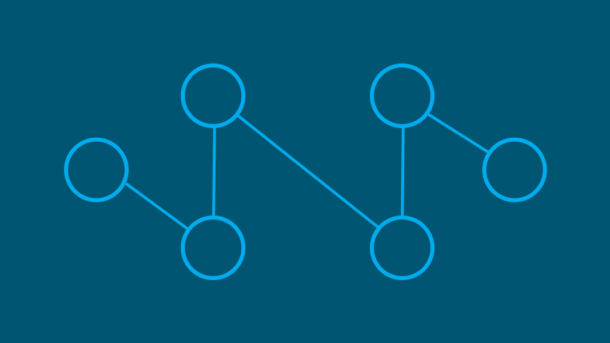 There are so many real-world use cases of Graph data structure. One good example could be Google Maps. Suppose you want to go from point A to point B. Google Maps shows you the shortest way to reach your destination. And Google uses Graph algorithms to show you the shortest path.

A graph is a non-linear data structure. In short, a Graph is a collection of Vertices/Nodes and Edges. Nodes are objects, and edges show the relations between objects. We can represent our real-life data using Graph. Let’s think of a basic example of it. Just think of four airports and the distance between them. How can we represent this in a Graph? Here names are nodes, and distances are edges. To understand it better, let’s see a visual representation of it.

As you see above, locations are nodes, and edges show the distances. You can ignore the distance correctness. 🙂

It’s necessary to know some terminology to understand Graph well. It will help you in the future. So let’s see.

Look at the following directed Graph example. There you have a graph of four vertices and edges. In this Graph, you can go from A to B using the edge but can’t come back from B to A. As it specifies the direction using an arrow, it didn’t allow us to do that. Similarly, we can’t traverse from C to B, and so on.

If all the edges are directed, we can call it a Directed Graph or a Unidirectional Graph.

Inversely, if the edges are directed in both ways or without direction, we call that Graph an Undirected or Bidirectional Graph. See the undirected example. In this Graph, you can go from A to B and vice versa.

There can be a Graph with a mix of both.

If we can go from node A to node B using an edge, then we can say B is the Adjacent node of A.

Remember, a node can have more than one adjacent node. In the following example, node A has two adjacent nodes.

If any value is associated with edges in a Graph, we can identify that Graph as a weighted Graph. This value can be anything related to the Graph. In our first example above, we use edges to describe the distance between two places. And those values are the weight.

Inversely, if no value is associated with edges, we can call it an Unweighted Graph. If there is no defined value, the default weight is one.

Let’s see an example of a Weighted and Unweighted Graph.

A subgraph is nothing but a small portion of a Graph. That can consist of one node or more than one node and edges.

Look at the following example. The highlighted part is a subgraph (D – E – F) of this Graph. Not necessary that it has to be the highlighted one. You can choose another portion too. For example, B – C – D is also a subgraph. A single node can be a subgraph too.

There can also be more than one route/path.

Suppose you start traversing from node A, and after visiting some nodes, if you return to node A, we can say it creates a cycle.

There are many excellent algorithms based on Graph. Using those algorithms, we can solve many Graph related problems. For example, we can use the BFS (Breadth First Search) algorithm to get the shortest path between two nodes. Some most common Graph algorithms are:

So, that’s a minimal overview of Graph. I hope you got the basic idea about Graph data structure. But this is the tip of the iceberg. It’s a broad topic. I hope this blog will help you to dive into this topic.